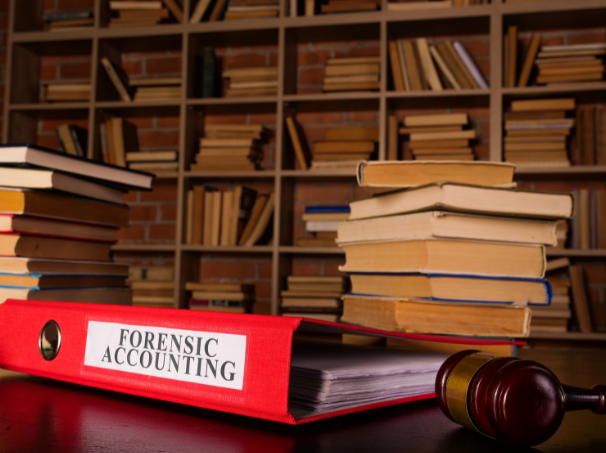 What is Fraud? – According to the European Anti-Fraud Office, fraud is considered to be ‘a deliberate act of deception intended for personal gain or to cause a loss to another party’.

There are different categories of Fraud, however this article focuses on Occupational Fraud.

Occupational fraud is when an individual commits fraud depending on how much opportunity he has in the organisational hierarchy, it’s therefore the deception, the act of concealment, that convinces fraud examiners that the perpetrator knew his or her actions were wrong. An example of one of the most notorious occupational fraud schemes ever is the Enron scandal. Enron was a US-based energy, commodities & service company, it was extremely lucrative, overtime their revenue plummeted, and their debt kept escalating. The company’s top management concealed these facts through massive accounting fraud by window-dressing the accounts until Enron finally collapsed in 2000.

The Association of Certified Fraud Examiners (ACFE) is the world’s largest anti-fraud organisation and premier provider of anti-fraud training, education, and certification. A Certified Fraud Examiner (CFE) would have to be accredited by the ACFE. A CFE is one that focuses on the prevention, detection, and deterrence of financial and non-financial fraud, and they are often called upon to prove or disprove if fraud has occurred.

In accordance with the ACFE ‘Occupational Fraud 2022 A Report to The Nations’ the number of Occupational Fraud cases in Sub-Saharan Africa comprised of 23% of the world’s total and the second highest in the world succeeding United States & Canada – 36%.

An Accidental Fraudster is seemingly honest, a good employee but due to opportunity they tend to commit fraud. This person is usually in a position of trust and believes they can defraud the organisation without being caught.

A predator fraudster on the other hand, is someone who seeks out an opportunity and commits fraud repeatedly until caught.

A model has been developed to understand the three factors that determine why a person may commit organisational fraud.

The Fraud Triangle is based on the premise that for an individual to commit organizational fraud, three components must exist: 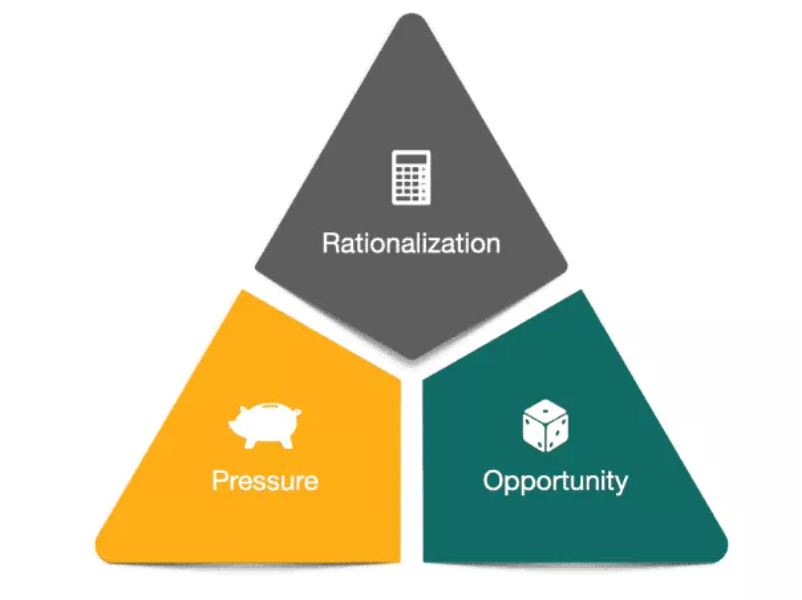 When a fraudster or any individual commits fraud all these three components must be present. There must be pressure that cannot be spoken about, there must be an opportunity available that the person believes can be used to solve the problem and the person will rationalise to justify their action.

Occupational Fraud: There are categories of occupational fraud including:

Asset Misappropriation: is the misuse or theft of the employer’s resources. Based on the ACFE Report to the Nations, this is the most common (86% of cases falling under this category) fraud but least costly adding up to a median loss of $100,000. Asset Misappropriation falls into 2 categories: cash and inventory & all other assets. Examples include theft of cash on hand, mischaracterized expenses, false refunds, larceny of asset requisitions & transfers, etc.

Occupational fraud is when an individual commits fraud depending on how much opportunity he has in the organisational hierarchy, it’s therefore the deception, the act of concealment, that convinces fraud examiners that the perpetrator knew his or her actions were wrong. An example of one of the most notorious occupational fraud schemes ever is the Enron scandal. Enron was a...

Why we need an Effective Regulatory Framework

Regulatory Framework refers to tax information, essential rules, procedures, and other important information, like laws and governing bodies that act as guides to ensure that businesses are operating by the law.